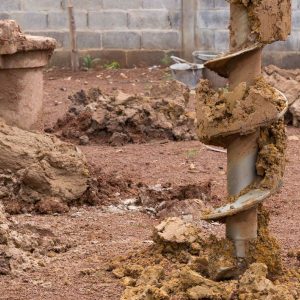 Haigh Rail has been acting as the PCL, working in partnership with Tony Gee and Partners (TGP),  to enable them to access the Network Rail infrastructure safely and also assist with site investigation and clearance works required, in order to determine options for a track doubling scheme. This forms part of the outline business case to improve connectivity to Birmingham International Station.

Window samples were taken generally to obtain the properties of the soil that the railway was built on. Trial pits on bridges were undertaken generally to confirm if any of the masonry arch structures had backing over the arches, which increases the load carrying capacity of the bridge. Vegetation clearance was also undertaken, to enable lines of sight so TGP could carry out their topographical surveys.

The strategy for the Route is to divert CrossCountry services travelling from the South Coast to the North East via Coventry rather than via Solihull. This would improve connectivity for Birmingham Airport, along with the High Speed (HS2) station at Birmingham Interchange once it has been constructed in 2026. To accommodate the changes to CrossCountry services and the arrival of HS2 there may be some changes to infrastructure between Rugby and Birmingham via Coventry.

The previous analysis on the Coventry to Leamington section found that a section of single track is a constraint to rerouting the CrossCountry service and delivering the Indicative Train Service Specification (ITSS). The analysis concluded that doubling the track between Kenilworth and Leamington Spa may be required.

The Objective of this Project is to:

TGP were very pleased with the support that was provided by Haigh Rail.  We look forward to working together again soon.